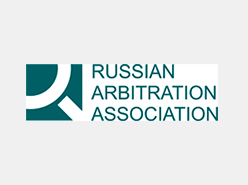 The Russian Arbitration Association was founded in April 2013 in Moscow to unite legal practitioners, law firms and academics. The Association represents broad interests of the business, legal and education communities involved in the alternative dispute resolution in Russia and the CIS.

The main objective of the Association is cooperation in the development of arbitration in the Russian Federation and the CIS countries, popularizing Russia as a venue for arbitration, promotion of Russian arbitrators at national and international levels within the arbitration context, as well as the promotion of foreign arbitrators interested in arbitral proceedings, directly or indirectly relating to Russia and the CIS countries.

The RAA supports a professional group for young arbitration practitioners RAA40 which aim is to promote arbitration and educate lawyers on alternative dispute resolution.