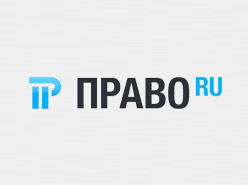 This is the Russia’s largest independent legal media outlet. The periodical has been existing since 2008 and has been covering legal insights, legislative updates, investigations into fraud and administrative offences, interviews and court reports. Since 2011, it has been releasing its own ratings of law firm operating in Russia called Pravo.ru 300, whose data is taken into account by courts for the purpose of relating the amounts in dispute with the recoverable costs.

In 2010, Pravo.ru developed the ArbitrazhСase Database upon instruction of the Russian Supreme Arbitrazh Court. The company has launched its own legal helpdesk, as well as services for case law review for professional lawyers: CaseBook and CasePRO.