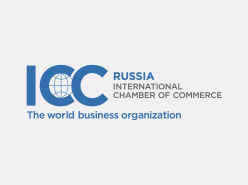 The International Chamber of Commerce – The World Business Organization (ICC) is an influential non-profit organization which was established in 1919 with a view to settling pressing business development problems. Having integrated thousands of enterprises and business associations from 120 countries, ICC remains committed to its goal. In 1919, a few entrepreneurs decided to set up an organization which was to act in the name of business communities across the world.

On 6 May 2000, the ICC World Council formally admitted Russia to membership of the World Business Organization and unanimously approved the establishment of the Russian National Committee of the International Chamber of Commerce – ICC Russia. Its principal aim, which has remained unchanged since then, is bolstering the position of Russian business in the international business community as well as supporting Russian companies amid trends towards globalization.