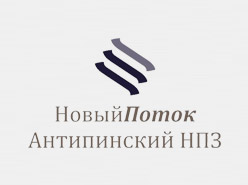 Antipinsky Oil Refinery is part of New Stream Group established by Dmitry Mazurov more than 10 years ago. Its strategic partners are the companies involved in oil refining and oil products sales both in the domestic and foreign markets. In addition, the Group includes a company that owns oil fields, and enterprises that provide consulting, engineering and investment management services.

The installed refinery capacity of Antipinsky Refinery exceeds 9 million tons per year, and the processing depth has reached 98%, which is record-breaking for Russia. It became possible due to the commissioning of an atmospheric residue deep conversion unit, thus allowing the plant to become one of the most technology-intensive oil refineries in the country and to abandon the production of fuel oil completely. The high positions in various ratings also confirm the technological efficiency and state of the art of Antipinsky Refinery. In particular, according to Interfax-ERA, the refinery was recognized as the most technologically efficient enterprise in the Russian oil refining industry at year-end 2016.